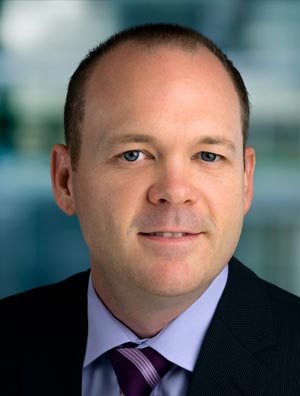 Lendlease’s Diversity & Inclusion strategy in Australia focuses on gender equity, LGBT inclusion, among others. In 2009, Lendlease became foundation members of Pride in Diviersity; Chris joined the PiD Advisory Board and chaired their annual conference from 2011 to 2013. He’s also a Fellow of the Australian Human Resource Institute and a member of the AHRI Nation President’s Forum. Chris also belongs to AHRI’s Inclusion & Diversity Reference Panel. In 2015 Chris became AHRI’s HR Diversity Champion at their annual industry awards. He’s also a graduate of the Australia Institute of Company Directors.

Before Lendlease, he spent seven years working for American Express. During the last three years, he stayed in London with responsibility for the UK, Ireland & Eastern Europe. In that time, he established American Express’ first Diversity Council outside the US as well as the first Network groups for LGBT employees and women in the workplace. He also worked with Stonewall UK, giving American Express the opportunity to take part in the Workplace Equality Index in 2005. Among his final actions in the UK before returning to Australia was implementing paid parental leave in American Express for its UK employees – positioning the company as a leader in the Financial Services Industry.

Chris spent the first decade of his career at Westpac, in retail banking and then in senior HR and corporate roles. He’s a graduate of Cornell University’s Centre for Advanced Human Resources Studies, INSEAD, and he completed postgraduate studies in Business at the University of Technology Sydney in 1999.