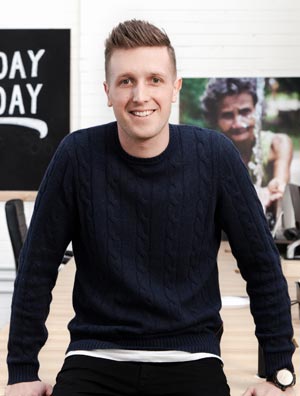 At 19 years old, Daniel co-founded Thankyou with his girlfriend and his best mate. What began as an idea to tap into the millions and billions of dollars that consumers spend on bottled water to help tackle the World Water Crisis, has grown into 38 products that are stocked in over 4000 outlets, including all major supermarkets, with 100% of the profit going to Impact. Thankyou has had over 1000 media features over their 7.5 year journey and is known for their disruptive approach to business and enterprise. To date, Thankyou has given over $4.1million dollars to Impact, helping hundreds of thousands of people across 17 countries.

Thankyou has been honored with a number of awards, including being named Youth-Led Social Enterprise of the Year in Social Traders’ Social Enterprise Awards, receiving the Social Innovation Award in the in the 2014 Social Traders Social Enterprise Awards, and Employer of the Year at the Food Magazine Awards. Daniel himself has been named Victorian Young Australian of the year (2014) and the Southern Region Ernst & Young 2015 Entrepreneur of the year. He was also named number two and then number one in consecutive years in the Smart Company Hot 30 under 30 list, and was an honoree in the JCI Ten Outstanding Young People of the World (2014). He is known for his entrepreneurial skill, capacity to dream and innovate more than most people would dare, and his remarkable leadership.