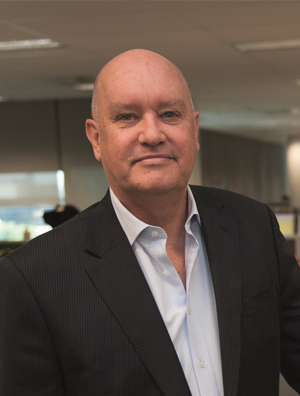 David joined Konica Minolta in 2005. In 2013, he became the first non-Japanese Managing Director of Konica Minolta in Australia. He served on the NSW committee of the Australian Information Industry Association and was a national judge for the IT industry’s iAwards in the sustainability and community categories for the past five years. He is also a non-executive director for Project Futures, an Australian-based anti-human trafficking organisation, as well as Cambodia’s Together1Heart.

He received an MBA from the AGSM at the UNSW in 2000. He went on to complete a doctorate at Southern Cross University in 2008. David’s thesis was titled, “The Philanthropic Contract: Building Social Capital Through Corporate Social Investment”. He received the Globally Responsible Leadership award for his work in 2011. In 2014, David was awarded the Top Alumnus of the last 20 years by the SCU Business School.

David is actively engaged in working with the community through a range of not-for-profit partnerships and has sought to establish a work environment that fosters equity, diversity, and inclusiveness. A recent initiative within the company has been to instigate an ethical sourcing program to audit Konica Minolta’s supply chain to ensure it’s free of human rights abuses.