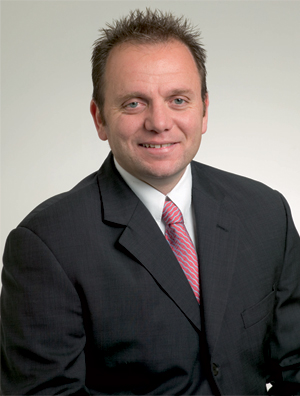 Tony graduated from the University of Western Sydney with a business degree and secured a job as an organiser of Harvey Norman’s computer and communications division. Within a few years he was promoted to general manager and increased the division’s turnover from a healthy $12 million to a staggering $565 million.

At the height of his success, Tony left Harvey Norman and began his own venture in the field of online retailing namely Smartbuy.

In March 2002, Tony stepped down as CEO of Uniqueworld (Smartbuy merged with Unique world) to set up a new company, Achievers Group Pty Ltd. Some of his large business clients include, Cisco, Australia Post, Gloria Jeans, Harvey Norman, LG Electronics, Sanyo, Mortgage Choice, Rebel Sport and many other names, in addition to more than 170 small to medium-sized businesses. Tony also spent one year working as a CEO of a public listed retailer.

Known as a ‘doer’, Tony is also a powerful business speaker who has educated thousands of business owners around the world. He is the author “Business Success”, “Profit” , “Pillars of Business Success” and “Marketing Success”. He has contributed as a key author to “Secrets of Tops Sales Professionals Exposed “and “Secrets of Marketing Experts Exposed”; he has articles read by over 200,000 people every month. Tony has also starred in a number of business training products and has created and presented a business building program on Pay TV.